Gregory Brown, Jr. Free and Looking Toward the Future 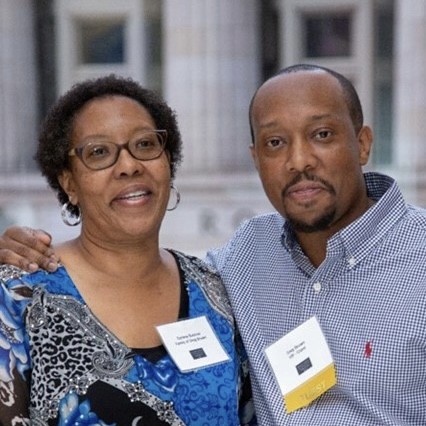 Our client, Gregory Brown, Jr., today reached a successful resolution in his case that will put his 25-plus year nightmare of wrongful conviction behind him. In 1995, the home where Greg lived with his family on Bricelyn Street in Pittsburgh caught fire; three firefighters tragically died in responding. Greg, a teenager at the time, was arrested and charged with arson and murder in 1996, and he was convicted in the Allegheny County Court of Common Pleas in
1997. The court imposed an automatic sentence on Greg of life in prison without the possibility of parole.

Greg has always maintained his innocence. Post-conviction developments supported Greg. Investigation into his case uncovered that the two, and only, prosecution witnesses who implicated Greg in the fire had been paid thousands of dollars from a reward fund for their testimony. This information was never disclosed to the defense. Further, the very “science” upon which the case against Greg was based – a theory of fire cause and origin – has since been discredited as being unreliable junk science. It is likely that no crime occurred at all in connection with the fire at Greg’s house.

In 2014, Greg was granted a new trial based on what the judge characterized as the “avalanche of evidence” of prosecutorial misconduct. But this did not end Greg’s struggle for freedom. Although state court charges against Greg were dismissed in 2016, he was then charged by federal prosecutors with related crimes stemming from the same incident. Greg has been free on pre-trial release since November 2016, but living with the ongoing knowledge that he might have to fight his case at trial a second time and risk the possibility of another wrongful conviction and another possible life sentence.

When Greg’s legal team was able to negotiate for him an opportunity to enter a plea that would allow him to maintain his innocence – an absolutely critical matter to Greg – Greg consulted with his family and decided to accept the plea and begin to rebuild his life after a quarter-century ordeal. In exchange for entering the plea, Greg was sentenced to time served, meaning that he will finally be free of the penalties of incarceration and supervision he has labored under for over 25 years.

The Pennsylvania Innocence Project, led by Pittsburgh Managing Attorney Liz DeLosa, has been privileged to have represented Greg for over a decade with pro bono counsel David Fawcett and Jason Hazlewood of Reed Smith LLP and with Michael Novara and Samantha Stern of the Federal Public Defender Office for the Western District of Pennsylvania.

We Need Your Help Join us in our fight for justice