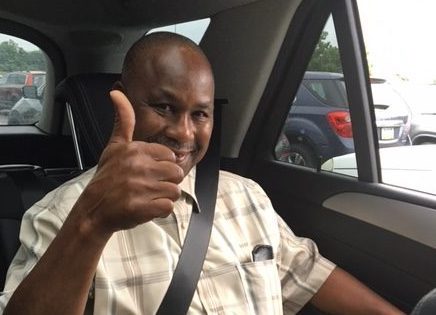 In May of 1973, Tyrone was 16 years old. The police arrested him for the murder of Henry “Country” Harrison. Mr. Harrison was shot around 8:40 p.m. in North Philadelphia in a gang-related execution. There were numerous witnesses, however, none of them were ever named. Police were then on the lookout for two suspects, one wearing a red skull cap. Police estimated around 30 to 60 people on the crime scene at the time of their arrival.

Tyrone was arrested shortly after the murder outside his home, about 9 blocks from the crime, because he was wearing a red skull cap even though the described shooter was half a foot taller than he.  When Tyrone was arrested, he had a .25 caliber firearm in his back waistband.

Police arrested Tyrone outside of his home, about nine blocks from the scene of the crime. He was wearing a red skull cap and had a .25 caliber firearm in his waistband. The physical description stated one of the shooters was taller than Tyrone.

The police interrogated Tyrone about the murder shortly after his arrest. Tyrone told the detectives he “shot at the boy about four times” using the same gun police found on him upon arrest. The police believed Tyrone knew the victim, however, Tyrone never used the names Henry Harrison or Country in his statements. He referred to the victim as “the boy.” According to police, Tyrone said he was with his friend Michael Long when he shot “the boy.”

Police then interrogated Mr. Long, who gave a similar statement, confirming that Tyrone used a .25 caliber gun. Shortly after Tyrone’s arrest, the police received the Mr. Harrison’s autopsy results. According to the autopsy findings, the offender shot Harrison with .22 caliber bullet. This did not match Tyrone’s .25 caliber gun found on him upon arrest. Police re-interrogated Tyrone. Tyrone said that Mr. Long also had a gun, a “back bored out starter pistol.”  When the police questioned Mr. Long for the second time, he said that he had a .22 caliber gun and that he also shot at “the boy.”

No eyewitness identified Tyrone or Mr. Long as the perpetrators. The person with Mr. Harrison at the time of his murder, died before trial. The police conducted no further investigation after taking statements from Tyrone and Mr. Long. They did not reach out to the 30 to 60 witnesses at the crime scene. Mr. Jones was convicted and sentenced to life based solely on his own statements, even though they did not match the facts of the crime.

The Pennsylvania Innocence Project staff members found and spoke with four witnesses to Mr. Harrison’s murder who remember particular details from the night of the crime. Each of the four witnesses stated without hesitation that they did not see Mr. Jones anywhere in the area at the time of the crime. In May 2011, we filed a Post Conviction Relief Act (PCRA) petition on behalf of Mr. Jones. 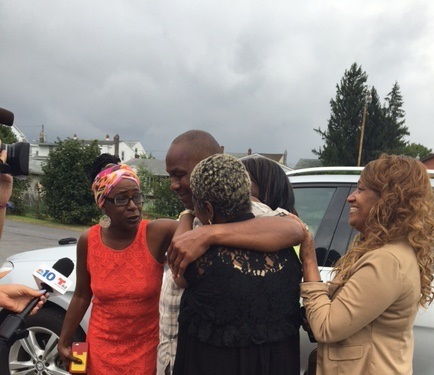 Mr. Jones was paroled and left prison on September 1, 2016. Although his conviction remains part of his record, Tyrone is home with his family. After presenting evidence that Tyrone could not have been the shooter and that the gun believed to be the murder weapon could not actually discharge any bullets, the PCRA Court denied Tyrone’s petition for untimeliness, noting that “the internet has been around for 20 years.” This statement implied that Mr. Jones should have been able to find all of the witnesses from his jail cell. There’s no internet access in Mr. Jones’ jail cell. The case is currently on appeal to the Superior Court of Pennsylvania.

"After 40 years of claiming innocence, Philly juvenile lifer is free"