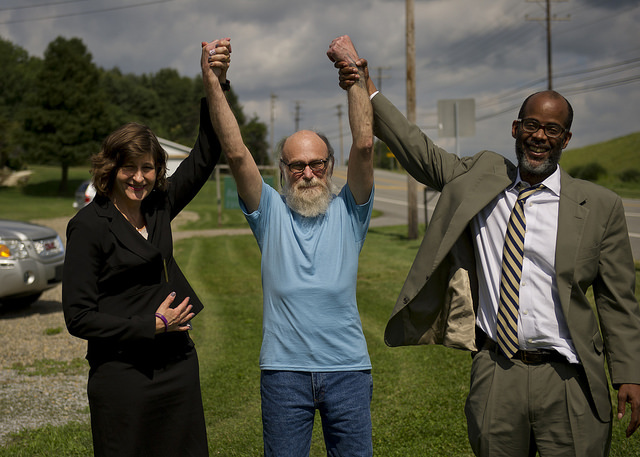 Age at the time of conviction: 30 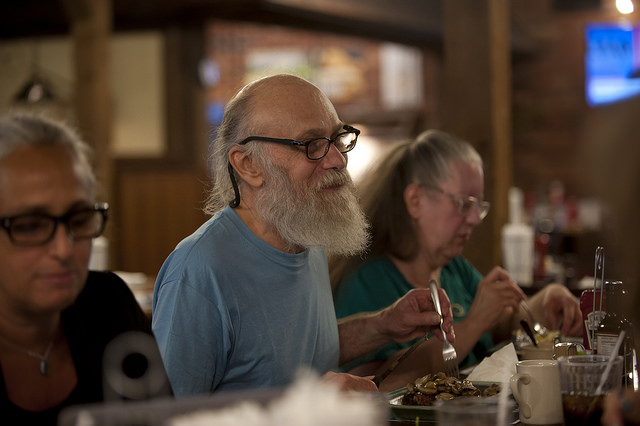 In mid-summer of 1976, a 15-year-old girl was found dead, lying in the woods of Indiana County. Her name was Deann Katherine Long, and she went by “Kathy.” She had been raped and shot in the back of the head.

Kathy’s body was found a day after she was last seen alive. Her younger sister Lola was the last to see her.

Lola said Kathy got into a blue car after the driver told the sisters their brother had been in a nearby car accident. That was the last time Lola saw her sister alive.

Lola was able to describe the man in the blue car: He was in his 20s with black hair, a thick mustache and straight sideburns.

By the end of the summer of 1976, police had been told of a man named Earl Elderkin, who lived nearby and was said to resemble the composite sketch created from Lola’s description of the driver.

When police spoke to Elderkin, he denied being involved in the crime. After a second interview, Elderkin pointed police to another man who resembled the sketch, but no one was arrested.

About a year later, Elderkin was questioned again. This time he said he was at a party and under the influence of drugs the night of the murder; but he remembered bits and pieces of the night, including a girl being in the back seat of the car he was in. He also remembered seeing a girl running down the street, hearing a shot and then seeing the girl fall to the ground. He identified a man as the gunman, but police didn’t believe him no one never arrested.

Nearly four years later in 1981, police learned Elderkin tried to admit himself into a psychiatric facility, saying he was having recurring dreams about the murder. Elderkin spoke to police again that February and named two new men as being responsible for Kathy’s rape and murder.

In spring of 1981, Elderkin was hypnotized by a college professor with no formal training, and during this session, Elderkin told of yet another version of events on the night of Kathy’s murder. In this statement — the fifth he’d given since the murder in 1976 — Elderkin said he had left the party he was at on the night of Kathy’s murder Jim Fogle and his brother Dennis Fogle.

Elderkin said the Fogle brothers raped Kathy in the woods, and Jim shot her in the head as she tried to flee. On March 19, 1981, Dennis was questioned by police until he provided a confession that almost exactly matched Elderkin’s.

Jim and two other men formerly accused by Elderkin were arrested and charged with rape and murder. By February of 1982, three men in jail with him claimed he confessed to the rape and murder; yet, no physical evidence linked Jim to the crime, and his appearance didn’t match the composite sketch provided by Kathy’s sister.

Jim claimed he was innocent and said on the day of the murder he spent the day with his parents and brother until 10 p.m. when he and his brother Dennis went to the bar. 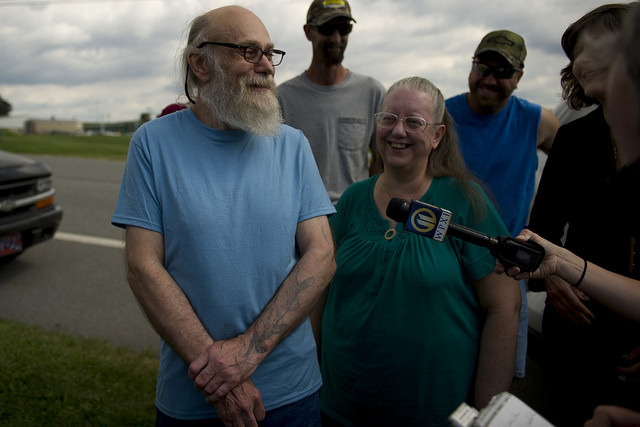 By 2014, 12 additional items, including the victim’s pubic hair combings, were secured for testing. In 2015, sperm cells that were tested revealed the DNA profile of an unidentified male; the profile did not match Jim’s.

In August 2015, the prosecution and Jim’s legal team filed a motion to vacate his convictions. On August 13, 2015, the motion was granted and Fogle was released. The following month, the prosecution dismissed the charges. Jim is Pennsylvania’s longest serving exoneree.